Over the weekend I happened upon a new TV show that caught the interest of my family. I call it a new TV show however, I’m never really too sure these days, as I am a proud “cable cutter” 5 years in, and therefore I’m not exactly sure what is actually “new”.  The show “Little Big Shots” is hosted by none other than Steve Harvey, host of 2015 Miss Universe Pageant and solely responsible for misreading the cue card, falsely identifying Miss Columbia as the new Miss Universe, resulting in a collective gasp heard around the globe which then also resulted in a series of rather funny memes and oddly placed online jokes. To be fair, I actually like Steve Harvey an awful lot and I think he has recovered rather well, from what could have been disastrous for his currently skyrocketing career.

Little Big Shots is reminiscent of the 90’s TV hit “Kids Say The Darnedest Things” (1998-2000) hosted by the now disgraced comedian Bill Cosby. The premise of the show is this,  Steve Harvey invites a child guest onstage who has become somewhat of a youtube or online sensation some how, some way. Harvey will lob the kids ultra-open ended questions that usually illicit a comical response from the child causing the studio audience to laugh loudly and thereby stoking the child’s willingness to interact with audience and host. Imagine hearing a 4 year old discuss the exact number of Youtube views he has gained to date, along with his future viewership subscriber targets and goals. After a few minutes of comical banter, the child guest eventually stands up and will reenact the original feat that made them an Internet sensation.

What I saw was really quite amazing. I saw a sassy viral dancer and an amazing spelling bee kid. I watched a 5 year old animal hypnotist  and a rather cute 6 year old conductor. All of this was, of course, topped of with the Baby Bruce Lee.

As I watched these kids perform their magic I got to asking myself, how in God’s name could a 4 year old have found enough time in their short little life to have perfected such demonstrated skills? Many folks are familiar with the adage that you must devote 10,000 hours of practice to master that which you choose to conquer. I’m good at a lot of things however, if this 10,000 hour rule is the benchmark of my mastery, to date I have mastered driving, sleeping and possibly mowing the lawn. The young boy that demonstrates his ability to match Bruce Lee, move for move, in perfect unison, while the film plays behind him is really quite something, as is the spelling bee whiz. What I think sets these kids apart is unmatched passion. The spelling bee boy proudly professes his love for the massive Dictionary sitting on his lap while, the soft manner in which the young animal hypnotist speaks to her subjects is somewhat hypnotizing to me as I watch. They’ve found it, and they found it early. One can only hope that these kids continue to discover passion throughout their lives having been so lucky from the onset.

I too, have passion for the many wonderful things that populate my life, too many interests perhaps as I’m a master of none by my own assessment. The fact persists though, I can’t help but pursue what interests me and I continue to do so. It’s an easy path to follow if you are inspired enough to want to do it, as opposed to just having to do it.  I would suggest that using passion as inspiration to achieve or acquire what you desire, will also serve well as a benchmark in professional endeavours or aspirations as well. It is so much easer for me to envision my goals or an objective, when I’m not derailed by matters that don’t interest me. I’m inspired by my role at Lead Assign, the opportunity and the potential for growth excites and amazes me. I’m excited by the faith and resources that my owners have shown they are willing to invest in me. I am blessed to be able to live and work in a beautiful resort destination, allowing for a lifestyle I never thought possible, all while raising a young family. The passions i pursue in my life drives my motivation to do what’s required to sustain them, both personally and professionally. I’ll continue to stick with this approach until it not longer works for me but so far, so good.

My passion for what I’m doing at Lead Assign is starting to pay off. I can see the progress of my early efforts which are now working through my sales funnel. I’m thinking bigger and identifying new segments and previously unnoticed opportunities. I know things are growing positively because my problems are starting to change, which I always view as good indicator. An example of this could be as simple as “I don’t have any leads” to “I have too many leads and not enough time” or any other “good new problem”.  Embrace the change and consider it fuel to feed your passion.

Let your passion direct your interest and if you can turn that interest into a career you’ve achieved something that very few do. Passion… you can’t just stop it.

Lead Assign accommodates solutions across a wide range of business departments.  Let us know where we might fit in.

Speak with a lead management expert.
Book a Consult 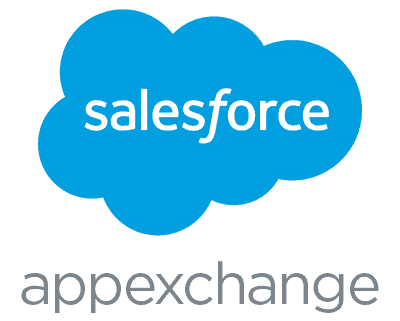 We use cookies on our website to give you the most relevant experience by remembering your preferences and repeat visits. By clicking “Accept All”, or by continuing to use the site, you consent to the use of ALL the cookies. However, you may visit "Cookie Settings" to provide a controlled consent.
Cookie SettingsAccept All
Manage consent

This website uses cookies to improve your experience while you navigate through the website. Out of these, the cookies that are categorized as necessary are stored on your browser as they are essential for the working of basic functionalities of the website. We also use third-party cookies that help us analyze and understand how you use this website. These cookies will be stored in your browser only with your consent. You also have the option to opt-out of these cookies. But opting out of some of these cookies may affect your browsing experience.
Necessary Always Enabled
Necessary cookies are absolutely essential for the website to function properly. These cookies ensure basic functionalities and security features of the website, anonymously.
Functional
Functional cookies help to perform certain functionalities like sharing the content of the website on social media platforms, collect feedbacks, and other third-party features.
Performance
Performance cookies are used to understand and analyze the key performance indexes of the website which helps in delivering a better user experience for the visitors.
Analytics
Analytical cookies are used to understand how visitors interact with the website. These cookies help provide information on metrics the number of visitors, bounce rate, traffic source, etc.
Advertisement
Advertisement cookies are used to provide visitors with relevant ads and marketing campaigns. These cookies track visitors across websites and collect information to provide customized ads.
Others
Other uncategorized cookies are those that are being analyzed and have not been classified into a category as yet.
SAVE & ACCEPT